My personal favorite is the Jawbone UP. This wristband shows best the actual function of fitness wristbands for the analyze of exercises. Basically it shows you quite accurate if you had enough exercise. With help of the sleeping analyze it wakes you up in the morning while it looks trendy in eight different colors. I am sure one will meet your taste. It doesn’t support Bluetooth, which isn’t a big deal for me since it also means a longer battery life. It doesn’t need as much charging as the Fitbit Flex and the Nike+ Fuelband.

The Fitbit Flex also is recommendable because its very comfortable to use, it got a LED display for progress in your training and it got six different colors which look nice on your wrist.

All wristbands are showerproof, so you don’t need to take them of while showering. Additional the Fitbit Flex is waterproof up to 10 meters so you can use it while swimming.

The Misfit Shine takes an exceptional position in our comparison since it is not really a wristband but rather a magnetic clip that you wear anywhere on your body. It’s a great alternative to the fitness wristbands since it got almost the same features but you can wear it hidden (for example in the office).

Compared to the other fitness wristbands the Misfit Shine

is different, since you don’t have to wear it at your wrist. You can wear it everywhere. It is made of aviation aluminum, is about the size of a coin. You can place it into a bracelet to wear it on your wrist or with the help of a magnetic clip you simply wear it on your shoes, hips, shirt etc. That’s why it is useful for almost every sport. It is even great for swimming since the Misfit Shine

is waterproof up to 50 meters.

If you touch its round surface LED’s will show you the progress of your trainings goals. You will find no buttons or cables on it. The synchronization with iPhone, iPad, iPod touch and meanwhile also Android devices like the Samsung Galaxy happens with wireless lay on the smartphone or tablet (Bluetooth 4.0).

doesn’t have a vibrating alert, but you will have a long battery life of 4 months. An additional battery is included so in within the first 8-month you don’t need to buy a new battery.

Nice feature: the circular LED’s can be used as analog watch. You can use the fitness tracker similar to the fitness wristbands Jawbone UP, Fitbit Flex and Nike+ Fuelband to calculate your calorie consumption, record your sleep and analyze it later via app.

Regardless of the use in the office, the pool or on the bike, the Misfit Shine

shows off its simple elegance suitable to every outfit. Its design won various awards. No matter if you wear it unremarkable fitted on to your clothes in the office or visible at your wrist and use it as watch, the Misfit Shine

convinces with its features. It offers all necessary functions even though a vibrating alert would be desirable. All in all it is a great replacement for a fitness bracelet and therefore I definitely recommend it!

For my taste the Jawbone UP is the most fashionable wristband. You can buy it in eight different fancy colors (look at table). According to some checks it does very accurate statements about the covered distance.

The vibrating alert is very useful. It gives you feedback about your individual exercise goals. The fitness wristband doesn’t have its own display but that’s why the battery last about 10 days – a great value! It takes 80 minutes for charging with a connecting cable, which is included.

The vibrating alert got another feature as well. The Jawbone UP analyzes your sleep and wakes you up smoothly. So no more messed up wake ups in the morning. There is also a snooze feature, if you like to snooze a little longer in the morning.

This wristband doesn’t have a wireless data transfer. The data will be transferred with a jack into the audio input of your mobile. You can connect this fitness wristband with Apple iOS- (iPhone or iPad) as well as android devices. The app evaluated your exercise data and is able to determine your calorie consumption as well. Doing this you need to fill into the free app some information manually.

In case you are interested, you can share your results about your activities, foods and sleep with your friends in social media networks like Facebook or Twitter. As addition the wristband offers a chronograph function with a possibility of transferring the data into the mobile app.

To put it into a nutshell with the Jawbone UP

you get a reliable, motivating and stylish fitness wristband with vibration alert that comes in different sizes and colors and looks great with everyone. All in all it is my personal winner. I recommend it to everyone who would love to look at his or her health and figure in a stylish way. 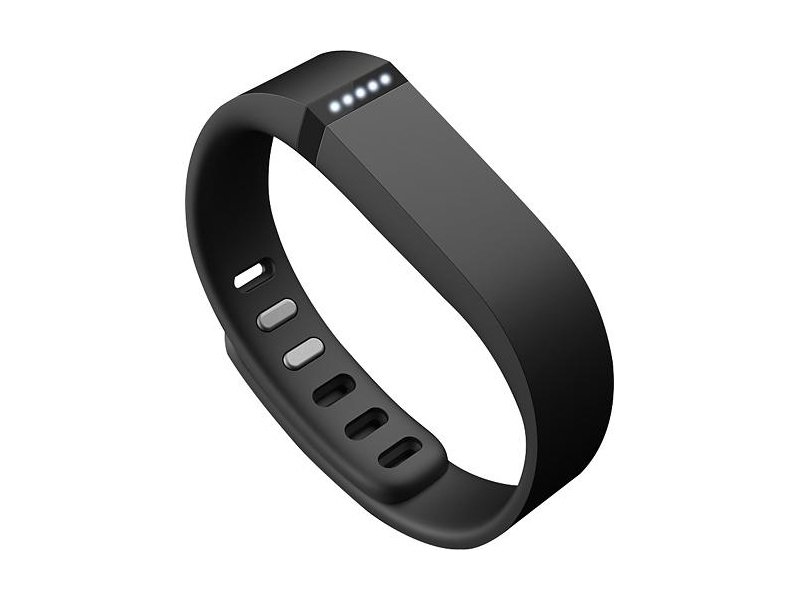 offers six stylish colors and is sold with a small and big rubber wristband so it fits every wrist comfortably. The device itself is only a little stick, which you take out for charging.

With help of the LED display it only takes one touch for checking out your daily fitness goal. It will motivate you to exercise if not all of the five LED’s will blink. A vibrating alert informs you when reaching your goal. This wristbands vibrating alert wakes you up at will in the morning and is able to record you sleeping mode and transfers it into the app.

Opposite to the Jawbone UP the Fitbit Flex

is able to transfer data wireless with Bluetooth 4.0 (Attention: older mobile or tablet models may be no supported) to the app of iOS and Android mobiles. Additional you can synchronize your device with the provided USB dongle at a PC or Mac.

Probably because of its wireless data transfer the Fitbit Flex

doesn’t live as long as the das Jawbone UP. You need to charge it approximately all 5 days.

According to the manufacturer the wristband should be waterproof up to 10 meters. Therefore you could use it in the pool and record your swim exercise.

looks very stylish and is waterproof. Unfortunately the battery only lasts 5 days and in some tests the accuracy of the calculated distance was a bit lower than for the other fitness wristbands. That’s the reasons why is close to winning but doesn’t win. 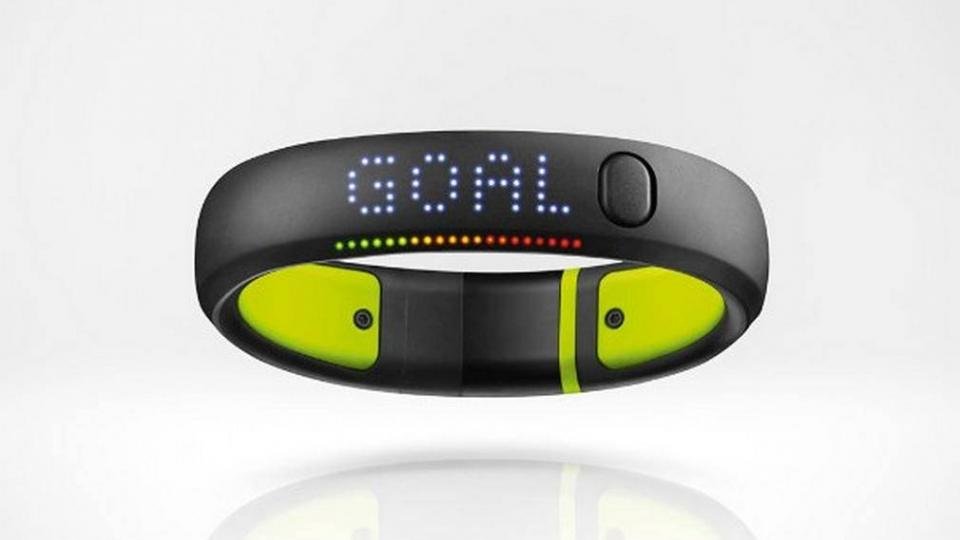 is the only bracelet, which shows the time if needed. It got the biggest animated display in comparison. The 2nd edition (SE) does not changed a lot. The Nike+ FuelBand

SE is now sold in the colors yellow, orange, black and pink. In my opinion it doesn’t look as nice as the Jawbone UP and Fitbit Flex and supposedly it looks used easily. You can buy it in three different sizes which can be varied by extensions (scope of delivery), so it will perfectly fit to your wrist.

It has the biggest display in this comparison

and looks really nice. Besides the time the display shows the activity progress called “Fuel”. If you reach your daily goal you are treated with the motivational lettering “Goal”. A more active life style will be supported by this kind of trophies. With the use of the “Nike Fuel Lab” you can connect to your friends or other athletes and compare and  share your results.

Opposite to all other fitness bracelets the Nike+ Fuelband SE

still doesn’t record sleeping modes, therefore it doesn’t wake you up. You can still only use Apples iOS devices (iPhone and iPad) to evaluate your data, which are supported from iOS 5.0 and higher. The data transfer is wireless with the use of energy-saving Bluetooth LE or by the integrated USB connector. You can synchronize the recorded data with your PC or Mac.

One big advance is the reworked iPhone-App, which is now very clearly arranged and easily synchronizes your collected data with your PC or Mac by the software Nike+ Connect. All in all the app stands out in comparison to the other wristband-software.

Biggest plus of the Nike+ FuelBand

SE is the big display. You have to spare the analyze and the alarm of sleeping modes of the Jawbone UP and Fitbit Flex. The Nike+ FuelBand